Well it's Monday... the day after the weekend before.  And what a full-on weekend it's been: another trip out into the sierra with Ben to join in one of the ETE* gatherings, this time in Arequipa's Department of Tisco.  The small settlement where we all gathered is called Chucurana, which I just couldn't find on the map, but once we got back I managed to retrace our journey on Google Maps and here it is:

Anyway, after loading up the Hilux we choofed out of town on Friday morning, going via Chivay in the Colca canyon, then on to the township of Tisco itself, before heading off into the Andean backblocks to find this place that wasn't on the map (Google doesn't know everything, you see; but the locals know all about it).  The town of Tisco is quite remote, and only has about a population of a few hundred.

Below: the cathedral in Tisco. 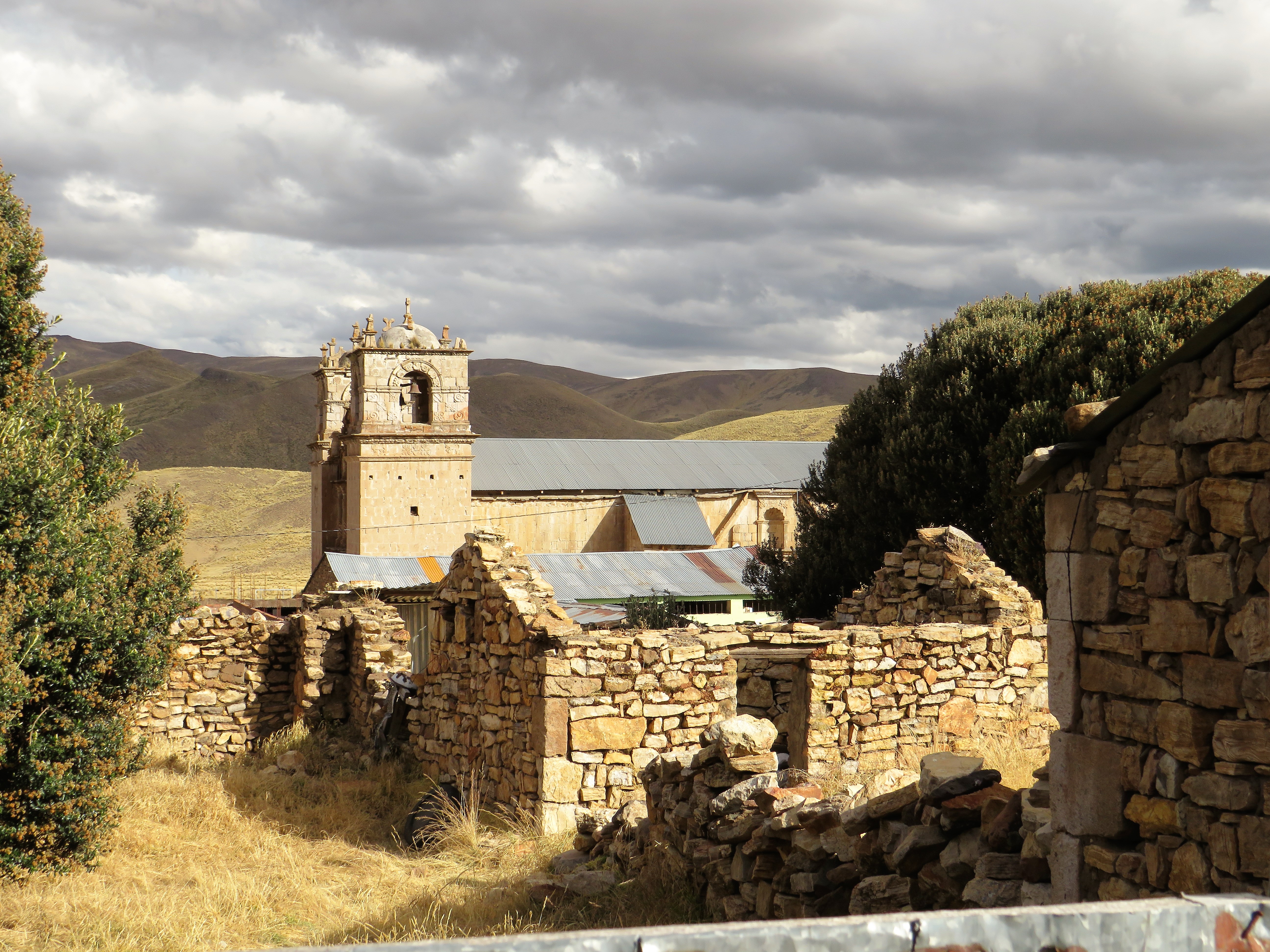 So why meet in Chucurana?  Because it is a central location to which everyone could travel.  They came on foot, on horseback, on donkeyback, in tired old (and I mean old) Toyota Coronas, and (in a couple of cases) by 4WD.

Below: waiting patiently in the parking lot.

Below: meeting just before lunch on the Saturday.  The students prefer to pose for photographs holding their Bibles or text books, as this is a way of proclaiming their faith even in a photo.

Below: mountain range outside Chucurana.  Notice the ice on the mountainside; the nights here fall well below zero.  Ben and I slept fully clothed, sleeping bags, thick wool blankets, beanies etc.  The locals simply use alpaca skins for mattresses, and a few blankets; clearly they're made of tougher stuff than Ben and me!

On Saturday morning everyone went off visiting surrounding houses and settlements to share the gospel with whoever they could find.  With the ETE director and another student, Ben and I took the Hilux out to a small farmlet: a stone-walled hut and a corral full of alpacas.

Below: house and corral seen from the top of the rocky outcrop behind. 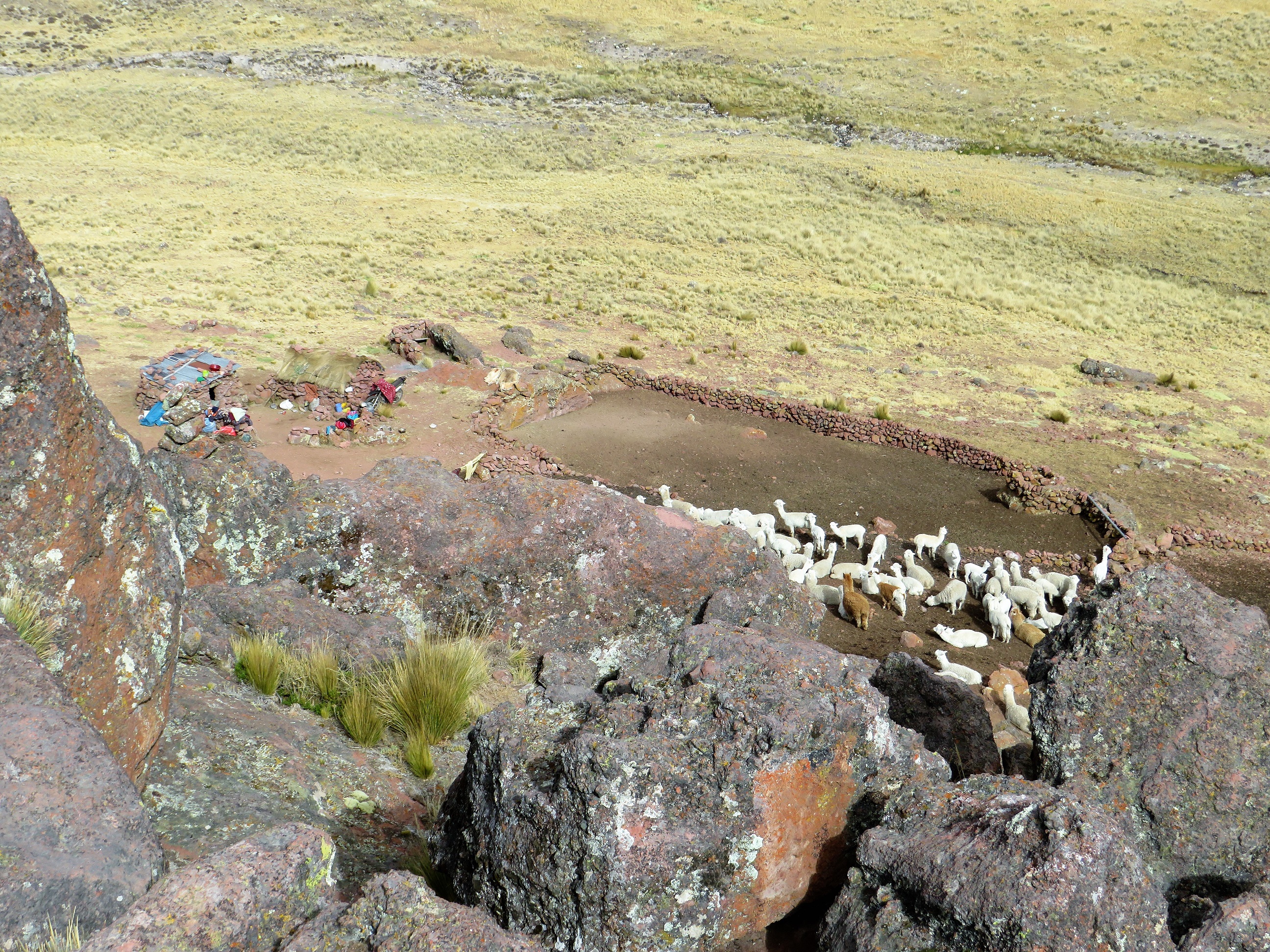 While up on the outcrop, it wasn't long before the usual wildlife started appearing; you just have to sit quietly for a couple of minutes.  Viscachas are abundant.  Here's a baby viscacha, sunning itself on the rock:

Adult viscacha, below.  Definitely one of the coolest tails in the animal kingdom. 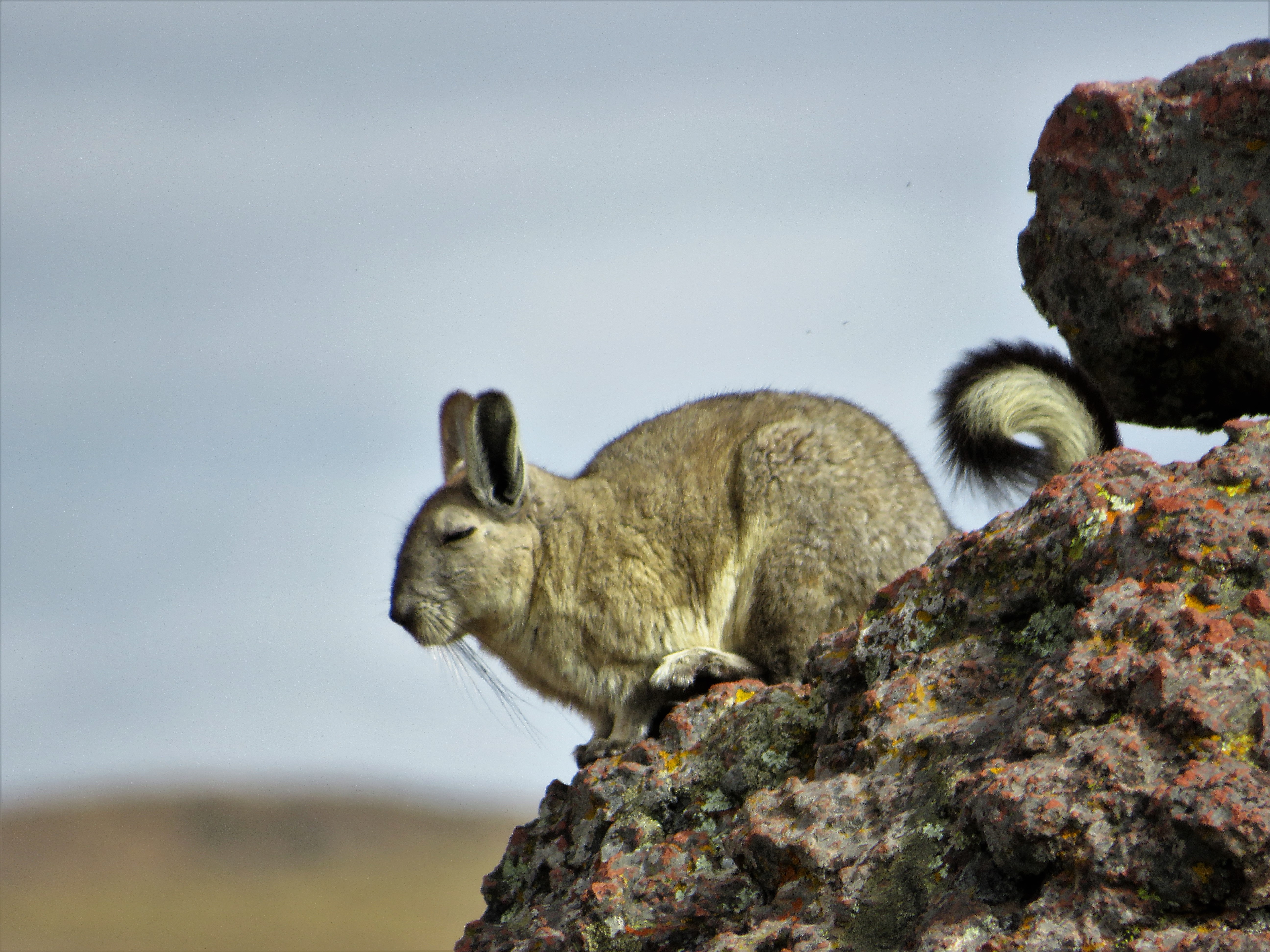 And while up on the outcrop, what did I find lying on the ground surface but fragments of an obsidian spear head (below).  Hunting around these parts has clearly been going on for a long time!

The ETE meetings were wound up with a church service on Sunday morning.  We sang and prayed in Spanish and Quechua, Ben preached from Acts 16, I gave a short word of encouragement and greetings on your behalf from Australia, and then the brothers and sisters spent some time sharing their struggles and needs for prayer.

There were some heartbreaking moments as stories of suffering and persecution were heard.  Please keep the believers of Tisco in your prayers.  One church pastor has been hit with several vexatious lawsuits at once by another villager; the machinery of shame can be a devastating weapon in small communities especially.  Please pray for justice for our brother (Luke 18:7-8) in particular, and for the continued growth of the church in the Departamento de Tisco.

Mike and Kerry, along with their daughter Megan, are Australians serving with SIM in the southern Andes of Peru.  Their goal is to help provide training and mentoring for church leaders in the rural areas.