A heart for france's blog

A typical Sunday congregation: there's not that many of us!

Here we are sending words of encouragement to persecuted Christians through the  Open Doors organisation. We have it so easy in some ways in this secular French society: freedom of worship is guaranteed. Open Doors informs us that there have never been so many Christians persecuted for their faith in all of history. So with this freedom we have, why aren't more people coming to Christ in France? Because, we are not fulfilling our part of the Great Commission.

We must start the Vitality Pathway - and learn what it means to stand out as Christians in a very secular community.

However, you should know that we do suffer a very subtle form of persecution in France. This so-called tolerant society is not so tolerant when it comes to faith questions. Example: The Gideons came and distributed New Testaments in front of the local High School (where my daughter goes). There was an outcry especially from the teachers who claimed to want to protect minors from aggressive proselytisme! During a parent information evening which I attended, the Principal explained he had been contacted by the Gideons about their future action and had indicated his opposition to the idea. However, legally they are allowed to do it on public walkways, so he couldn't ask the police to intervene. He called the Bible 'evangelical literature'!! Spot the error!

After the meeting, we were invited to drink something. I was talking about the incident with another parent. I suddenly noticed 2 posters next to the row of lockers where we were standing. One poster had a large question mark filled with different types of sexual tendencies: an ad for a telephone counselling service for High School students who want to talk about their sexuality. The other was a photo of 2 soccer players head to head but in a friendly way and it was an ad against insulting homosexuals with a website www. alert homophobie.com. In France, anyone expressing the idea that homosexual practice is not normal or desirable from God's point of view is called a homophobe. And these posters were on the school premises. And the Bible is not allowed a look in!

Other examples are in the legislation surrounding religious congregations and associations. We are penned in by rules and regulations for pastoral salaries, our premises, how we count the number of members, limited in the money we can raise and how much, health and safety issues. I heard just recently that the Government is going to bring in laws about the appropriate training certificates needed for the people who teach Sunday School! (or anyone who is going to work with children in any area).

God's ways are mysterious, but I must say that since my commitment to follow Jesus Christ in 1985 life with God has been one big adventure. While teaching in a small town in Western Victoria in Australia I felt called to look into mission, to understand what it meant and if it was still relevant on the 20th Century. In 1989/90 I went to Niamey, the capital of Niger in French West Africa, for a Short Term Service as a French teacher at Sahel Academy, a school for missionary kids. This was a life changing experience, because I realized two things: I really wanted to study the Bible full time and I needed to improve my French! Solution: do a 3 year Theology Diploma in an Evangelical French College in the Paris region. The Lord led the way and not only did I realize how much Christian workers were needed in France but the Lord organized for me to stay in France permanently - yes! I met my French husband Pascal, at Bible College. Together we have three wonderful children. Pascal is now pastor in a French Evangelical Church Union and I am a supported missionary working alongside him. 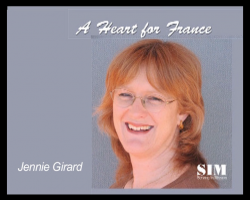 My ACE ministry consists of; A=Accompanying (counselling, discipling),
C=Coordinating (particularly the Vitality Pathway, revitalizing
churches), and E=Evangelism to bring more into the
Kingdom. My ministry is recognised by the Union of Free
Evangelical Churches in France with whom my husband
serves as pastor. I coordinate a national team seeking to
create healthy, missional churches. Ministry involves equipping the local church to reach its community by: discipling, mentoring, counselling and training others; organizing events and coordinating children and youth ministries and particularly reaching out to women.